Q: Doctor, welcome. It’s a pleasure and an honor to meet you. You became famous to the general public with your film The Journey of Man for the PBS about the dispersal of the human genome caused by the migration of early man out of Africa. Then next in your career you spearheaded the Genographic Project at National Geographic documenting the human family tree. How do you look back on that time early in your life? 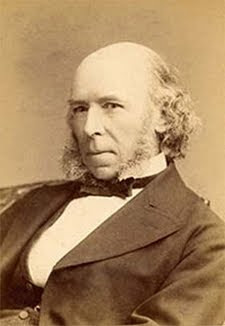 S: The sins of youth! Yes. Well, these great projects not only defined me in the eyes of the public, they also created and offered enormous opportunities that have shaped me and the path of my career. I have a lot to be grateful for to my early work.

Q: But the tone of your early work stands in contrast to your more recent studies in the last fifteen years.

S: Yes. I think that a lot of my opinions, when I was younger, came forth out of the sensation of discovery. The study of anthropological genetics was a groundbreaking field of science at the time. Now, when I look back at those days from a position of knowledge and hind-sight, I can judge my youthful ideas with much clearer insight and balance.

Q: Could one say you were naive perhaps as a young researcher?

S: Don’t get me wrong, the scientific facts still hold as strong today as they did then. The facts were very real, no doubt about that. But looking back, perhaps one could argue that I was motivated by a certain naivety. One has to be when one is making new discoveries, of course, because naivety is the prerogative of discovery.

Q: So how do you explain your transformation then?

S: Well, in my opinion, there is nothing strange about it, it’s not a transformation but a development. My view on genetics now are only the superlative step of my research. My current ideas are not some random opinion without base or factual foundation, they are only the logical deduction of the facts of genetic reality.

Q: Your opponents however accuse you of supremest ideas! Your lecture last week was even interrupted by massive protests of students calling you fascist.

S: Yes, yes. Well, we’re back to the sins of youth again, aren’t we? But let me say this in response, now that I am at least allowed the opportunity to defend myself … I hope.

S: How is it, that these same protesters where my biggest advocates when I called to preserve the habitat and cohesion of non-Western indigenous populations while my current supporters said that I was naive, as you call it, and now when I call for the preservation of, among other, western and especially white indigenous populations, the spectrum of opposition changes radically against me again and I become a fascist!? I have always been fascinated by people, by mankind, by each single individual as a unique being possessing a valuable genetic treasure. I reject any claim to a hierarchy of races, I oppose any moral judgment of race, as I reject a moral instead of a scientific judgment of my scientific work.

Q: But you plead for segregation, does that not imply or at least lead toward a hierarchy of races? Economic scarcity, after all, forces populations to impose such a hierarchy in order to justify a claim to those scarce resources and formulate thus an ethics advocating their own prerogative.

S: Again, those are political questions or just speculations perhaps. I realize that my theory may lead sometimes to difficult social or political dilemmas to which we not always have immediate, practical answers. This has always been the tension between science and society, from the days of early science in Greece, to the days of Galileo and the Church. But these challenges cannot be solved by ignoring the scientific facts, and the scientific facts are the only obligation of the scientist.

Q: Finally, I want to thank you for this interview. I greatly appreciated your time today. Can we expect to hear more from you soon?

S: Well, it was my pleasure. This year, I start research for a new book about the psychology of genetics. As my research became more embedded in popular culture, helping to spread an awareness of our genetic identities, I often pondered about the psychological impact of my research, what effect it had on our self-perception. Now, I will finally have the opportunity to explore this in collaboration with some of the most renowned psychologists, and I am looking greatly forward to this.

Q: Well, thanks again doctor, and we look forward to your new research as well.

Richard Dawkings, The Ancestor’s Tale, A Pilgrimage to the Dawn of Evolution (2004) 614p.

The Tree of Life Project (ToL) is a collaborative effort of biologists from around the world. The project provides information about the diversity of organisms on Earth, their evolutionary history (phylogeny), and characteristics.

Another project that visualizes the phylogeny of life for the plants phylum is Deep Green by the Green Plant Phylogeny Research Coordination Group of Berkeley University.

The Genographic Project is a cooperation between IBM, the National Geographic Society, Spencer Wells, and the Waitt Family Foundation. Its aim is to collect genetic information of populations, isolated indiginous peoples and modern peoples, and to offer consumers the opportunity to trace back their genetic journey over time and geographies. The genetic markers, the Y-chromosome for men and the maternal metochondriae for women, allow to directly trace back descendencies, and by mapping DNA geneticists are able to calculate common ancestors between people. Richard Dawkins describes this process in an easy to understand fashion in his bestselling book The Ancestor’s Tale.